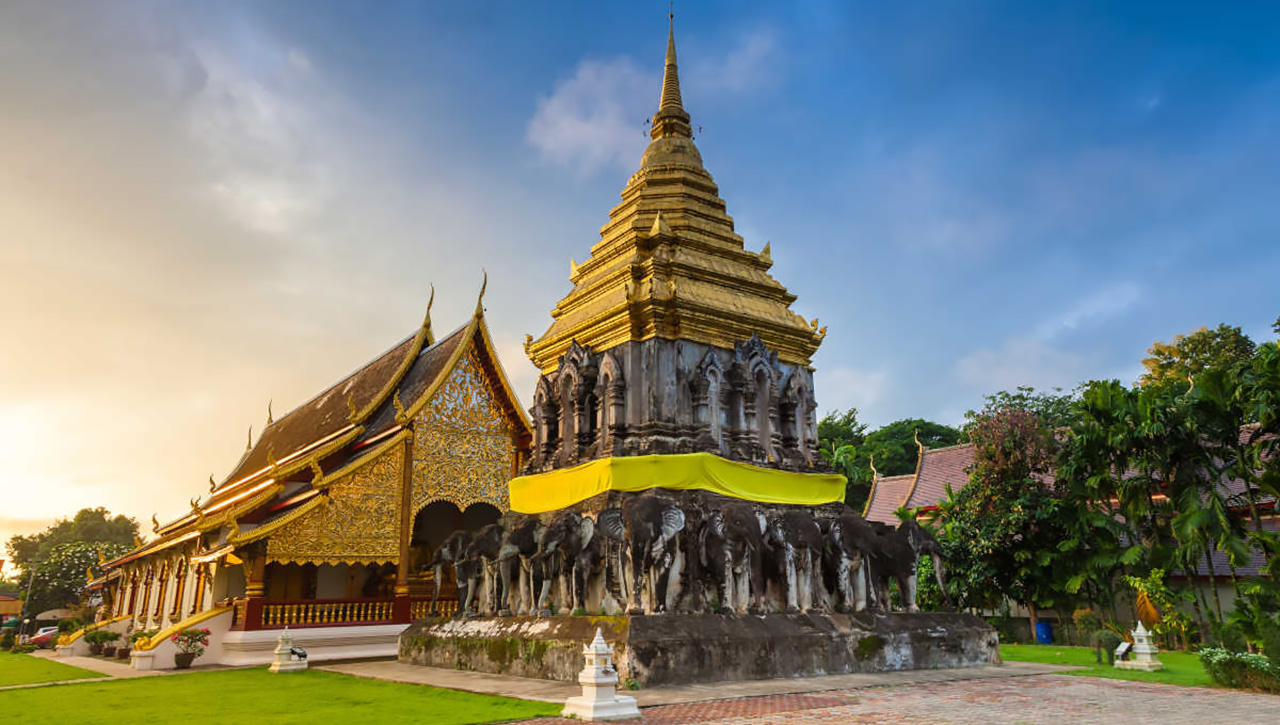 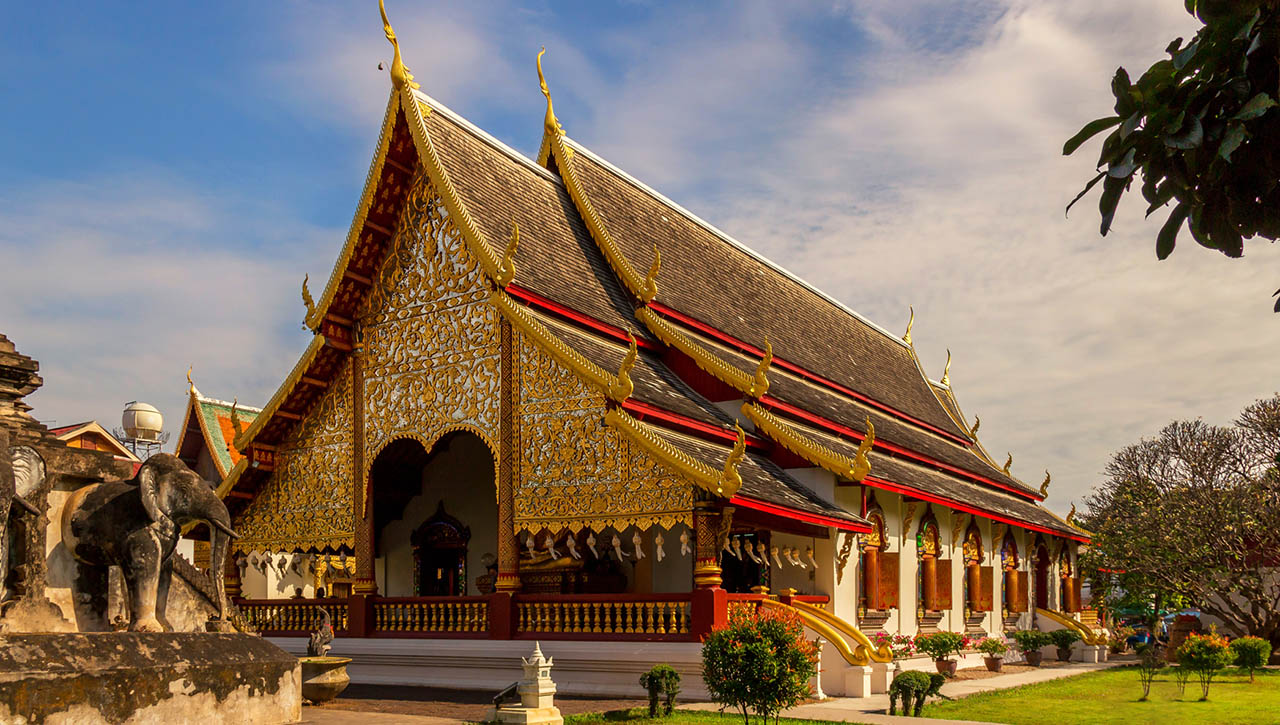 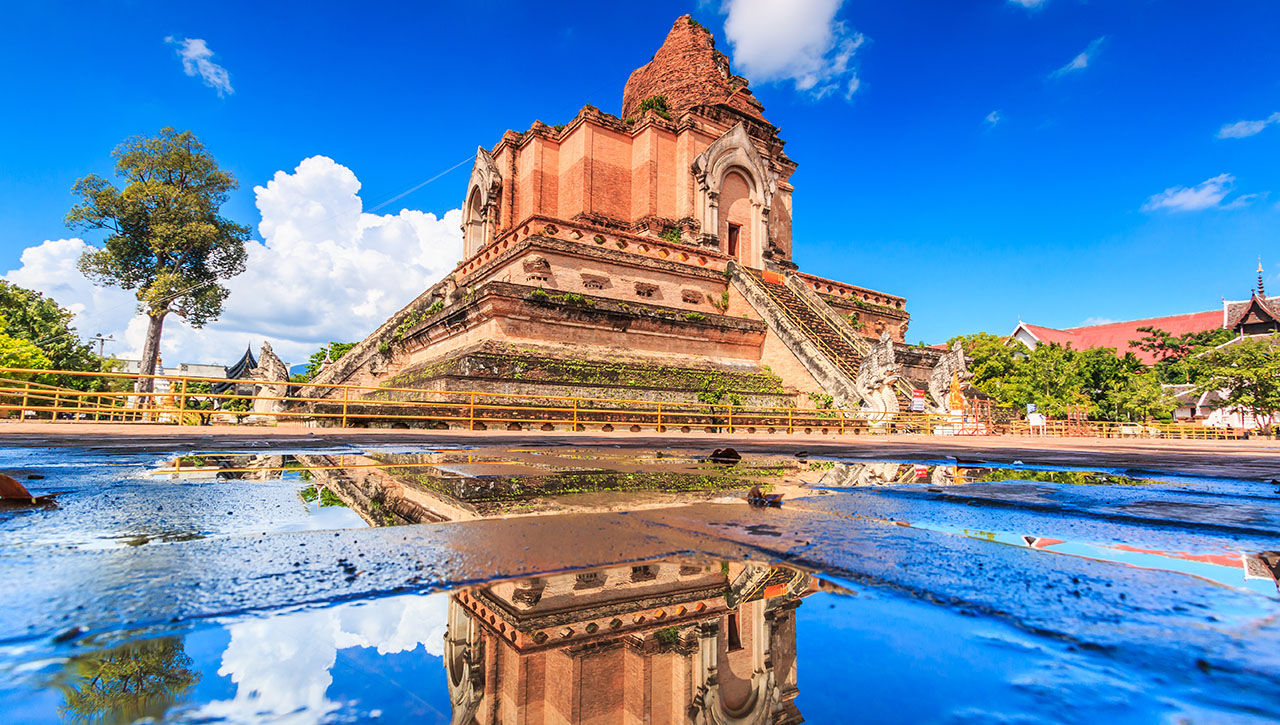 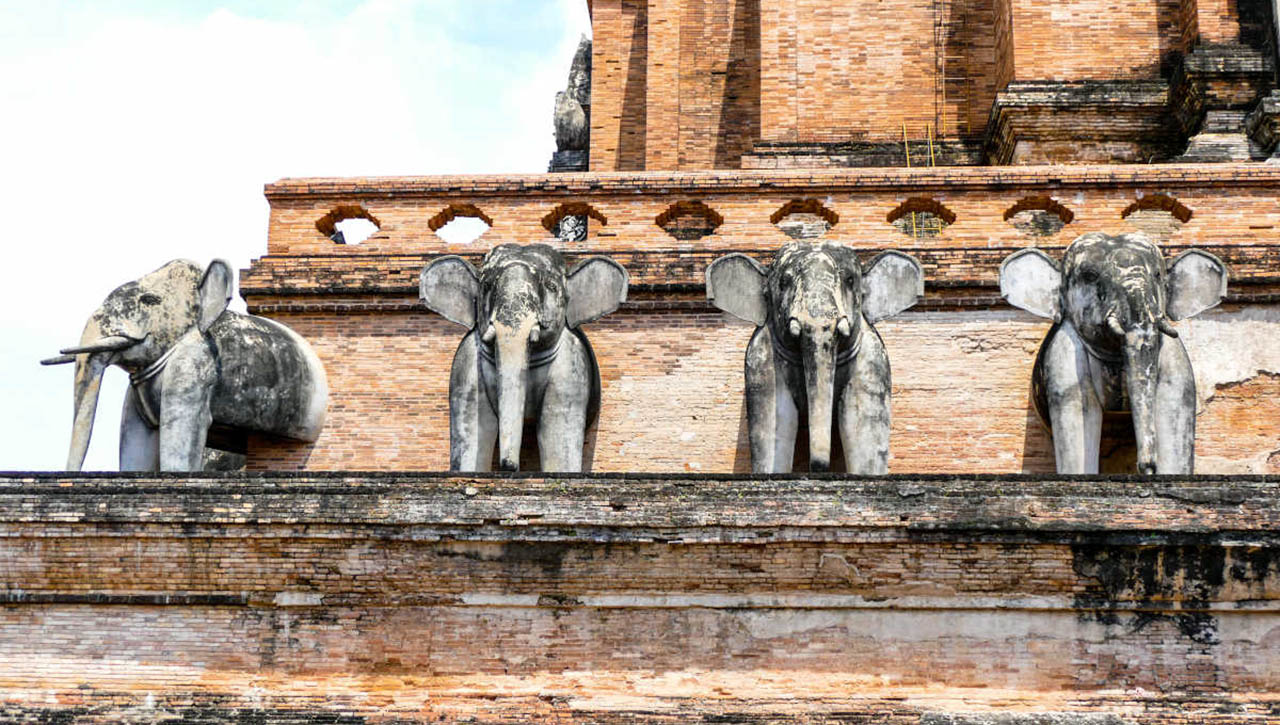 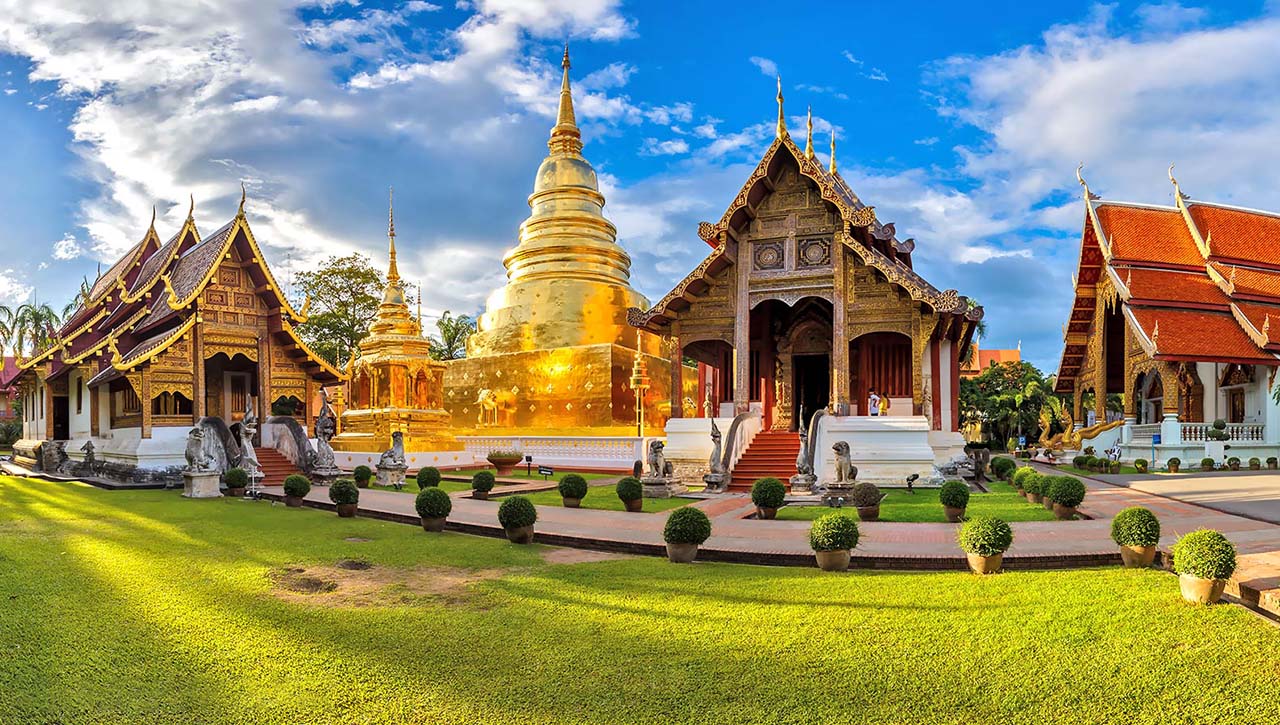 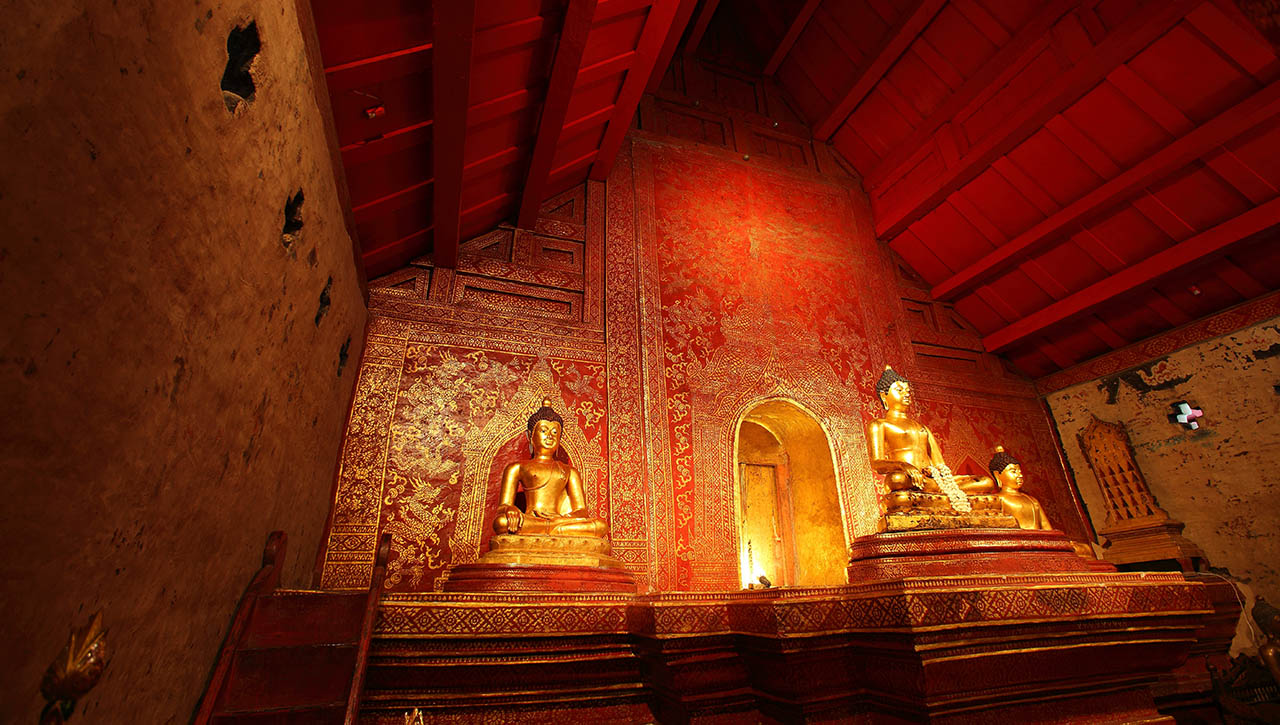 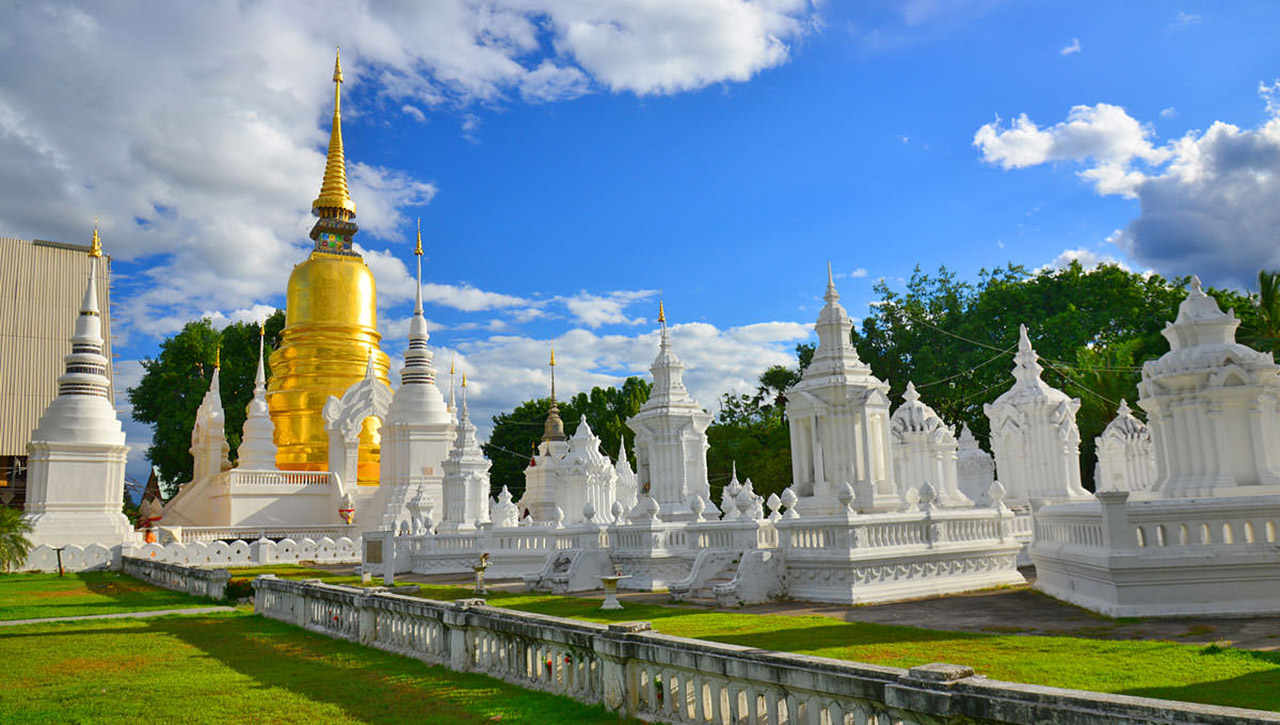 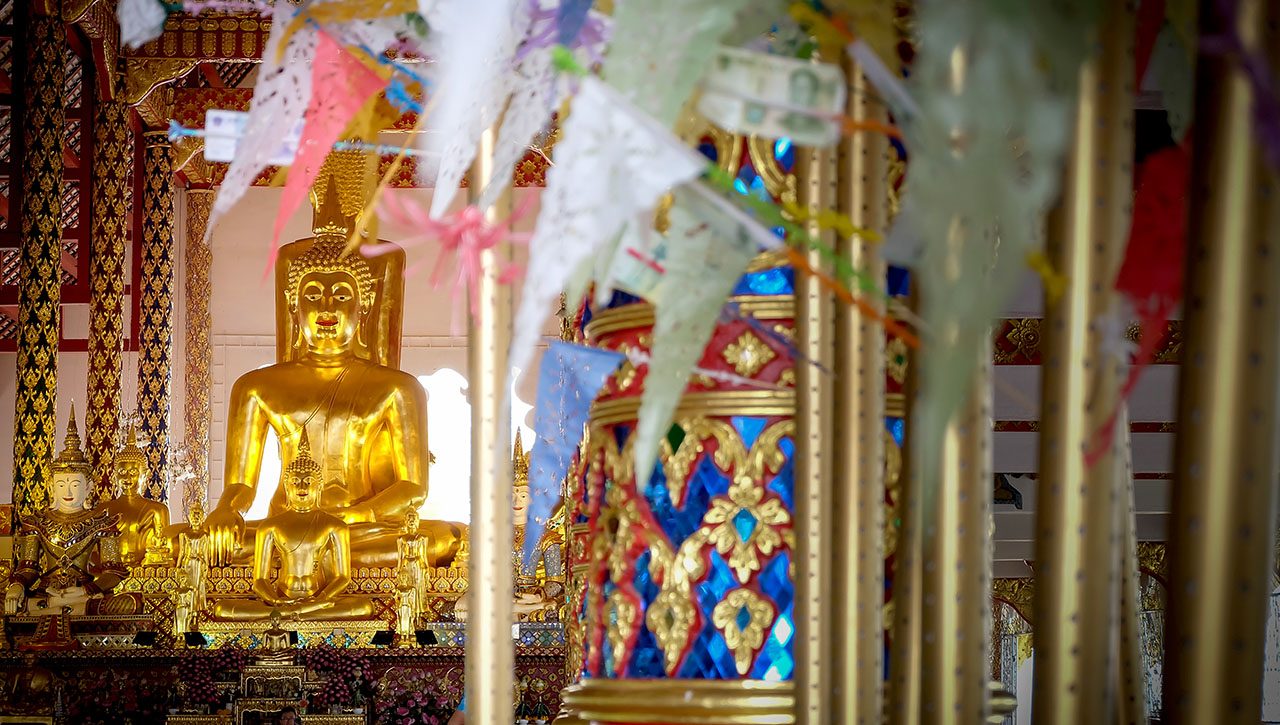 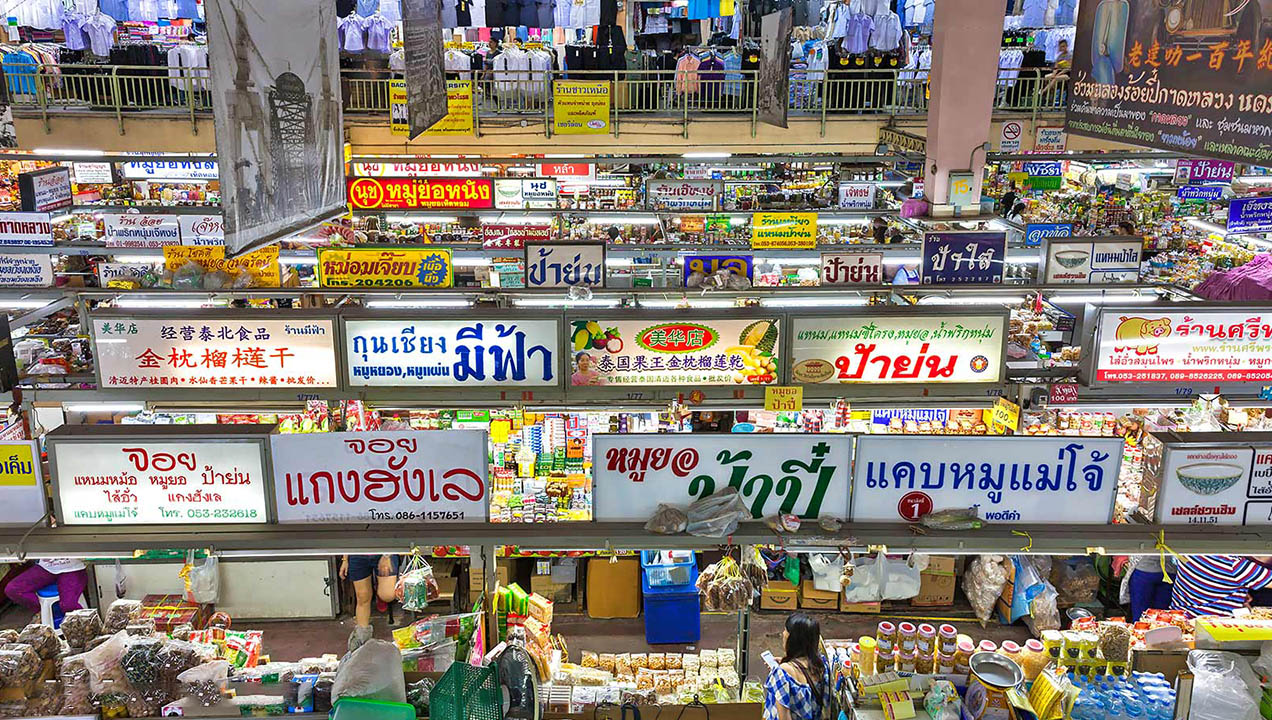 Previous Next
History HALF DAY

NOTE:
- All itineraries are subject to change due to circumstances beyond our control including, weather, road or trail conditions, tour attractions, tours, flight schedules and availability.

Pick up from hotel lobby and depart to Chiang Mai city moat and ruined walls. Start the temples tour with Chiang Man Temple, the oldest temple which probably dates from 1296. The temple was the residence of King Mengrai, who founded Chiang Mai, and is noteworthy for a chedi supported by rows of elephants.

Continue to Chedi Luang Temple, was built in the end of 14th century. The great chedi was to remain the tallest structure in Chiang Mai and was once the home of the Emerald Buddha image, Thailand's most sacred religious relic.

Visit to Phra Singh Temple, was built in the year 1345. This temple contains marvelous examples of Lanna art, including a Lanna style viharn and the finest scripture repository of its type in the north.

Proceed to Suan Dok Temple, was built in the year 1370. This temple is the royal cemetery of the Chiang Mai Royal Family. The main chedi is a gilded and contains relics of the Buddha. The temple is also famous for the Golden Buddha image, cast in the 16th century.

Depart to eastern side of old city to Warorote Market, the biggest local Market in Chiang Mai which sells everything from clothes and textiles to fruits, herbs, flowers, vegetables, and even insects.

Then transfer back to the hotel.

2. WHAT IS PACKAGE TOURS?

Ans. Package Tours are travel plans, which include some or all of the following : transportation, accommodations, meals, tour guides and more. They can be of great value to both independent and group travelers.

3. HOW DO I RESERVE MY TOURS WITH “ASIAN PLUS TRAVEL”?

Ans. Just complete and send the reservation form on our website, making sure that you have given us your e-mail address and phone number. As soon as we receive your request we will contact you to confirm the reservation. It is our policy to reply to all requests within 24 hours.

Ans. We have several payment methods. We try to make everything as easy as possible.

5. CAN YOU OFFER US SOME DISCOUNT?

6. YOUR PRICES ARE ALL INCLUDED? ANY OTHER HIDDEN CHARGE?

Ans. Our service already include admission fee, guide & driver and all taxes. We will NEVER charge you a service charge or other hidden charge. However, some tickets for the optional program are not included.

Ans. If you have any technical or travel related problems or questions, please contact us by sending a request through the query form, live chat or email: contact@asianplustravel.com. We will be on standby and ready to serve you.

9. HOW DIFFERENCE BETWEEN “PRIVATE TOUR” AND “GROUP TOUR” SERVICE?

Ans. PRIVATE TOUR : A private tour is run exclusively just for you, your own families or friends with no other strangers. You can start the tour on any date or time at your convenience. It is ideal for people who need special assistance, such as the elderly, people with disabilities or families with small children.

GROUP TOUR : Group Tour often referred to as seat-in-coach or SIC are best for those who are eager to see the most popular sights at a comparatively low price. However, the Group Tour has fixed departure dates, time and itineraries that cannot be changed. By the way, its a good chance for you to meet and make new acquaintances from all over the world.

VIEW
Book This Tour
HOW TO BOOK WITH US
01
FIND YOUR FAVORITE
TRIP ON OUR WEBSITE.SEND US AN INQUIRY.
02
PERSONALIZE THE TRIP
TO YOUR INTERESTS.WITH OUR CONSULTANT.
03
CONFIRM & PAY
YOU CAN THEN CONFIRM AND PAY ONLINE VERY EASY!
Just tell us what you want to do and Where you want to go and we will do the rest!