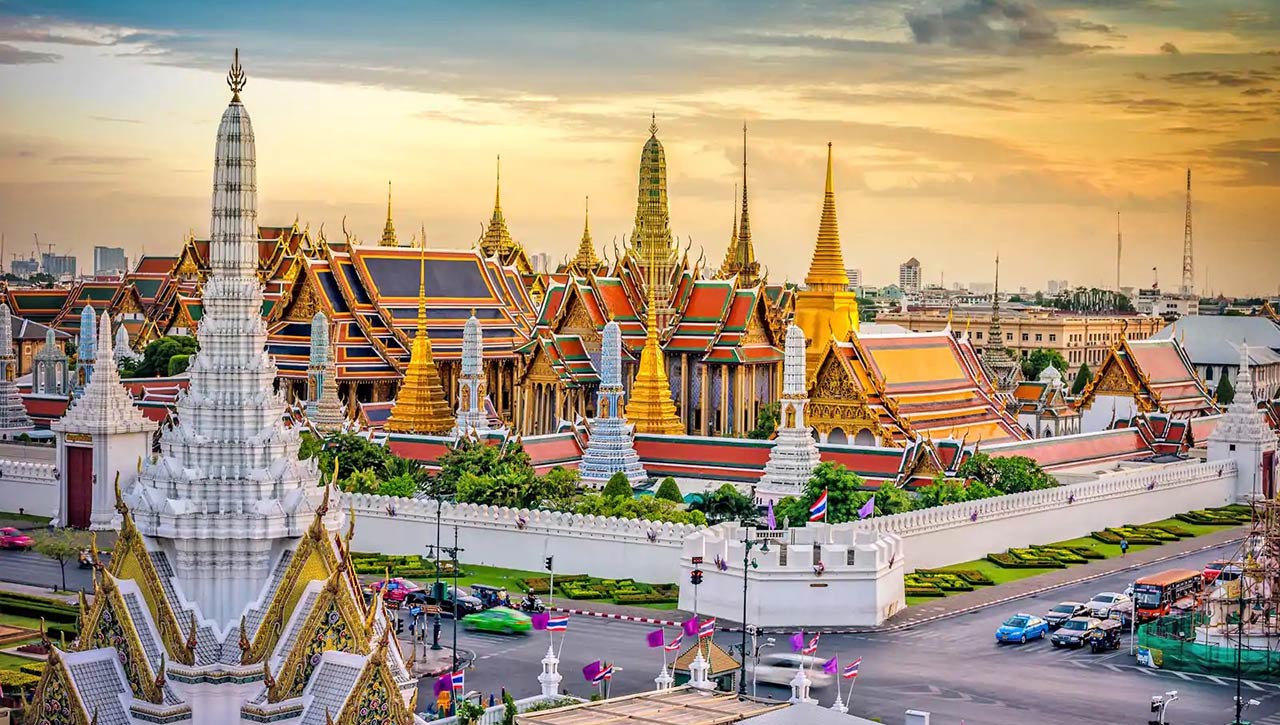 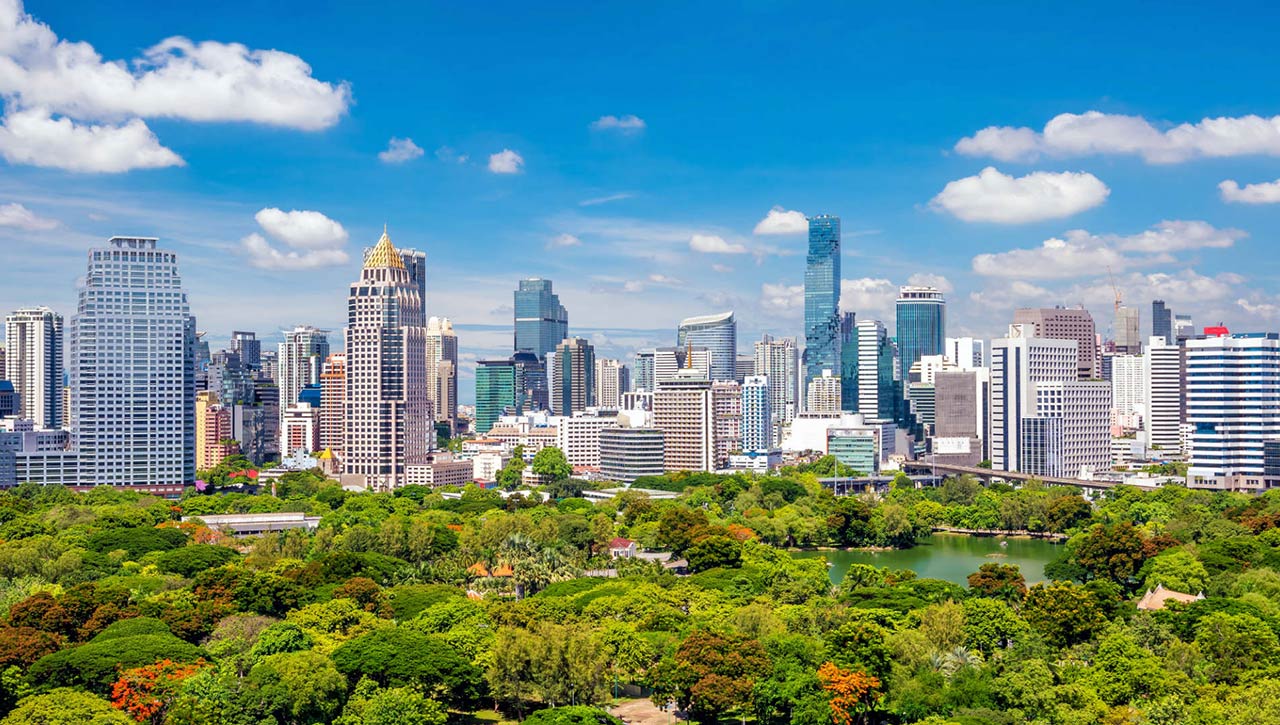 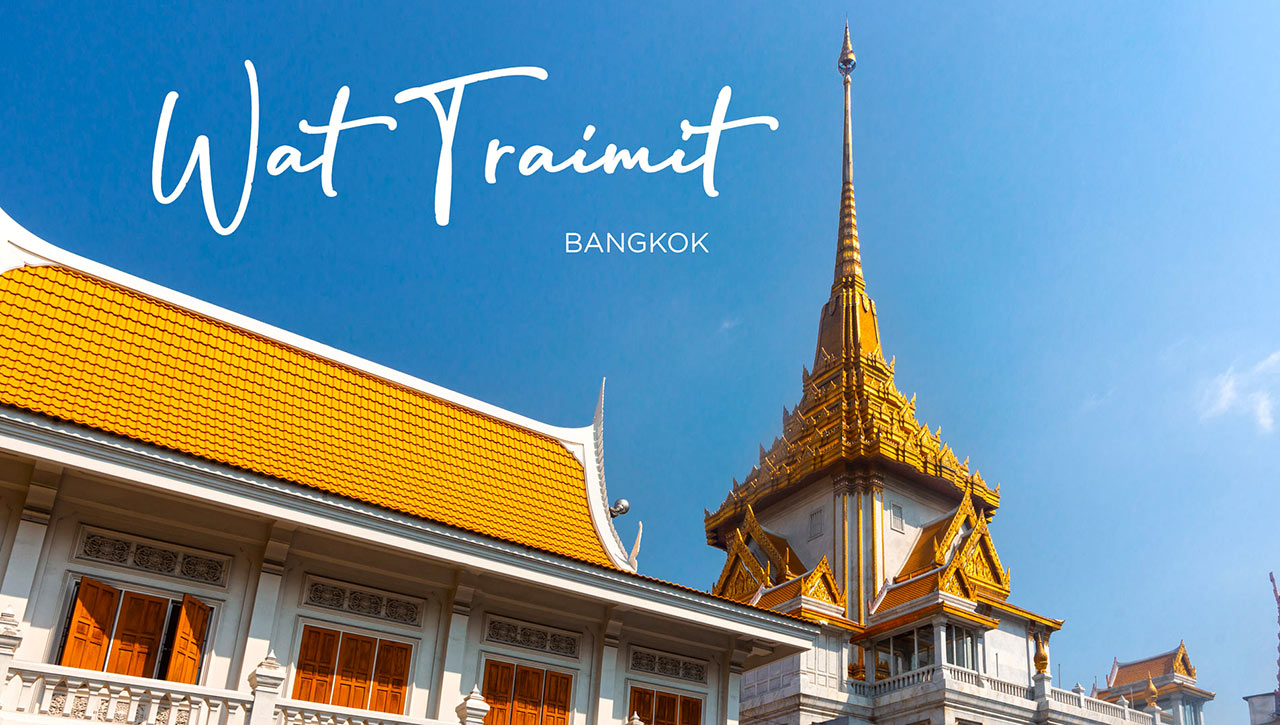 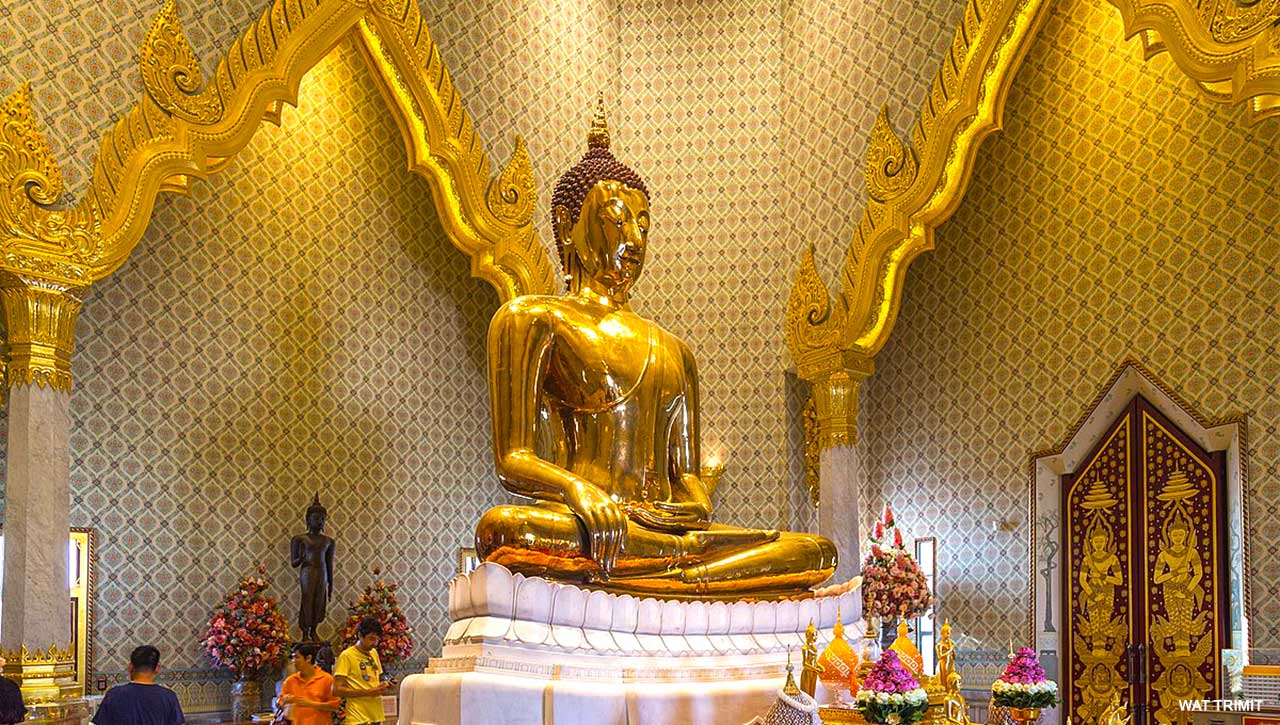 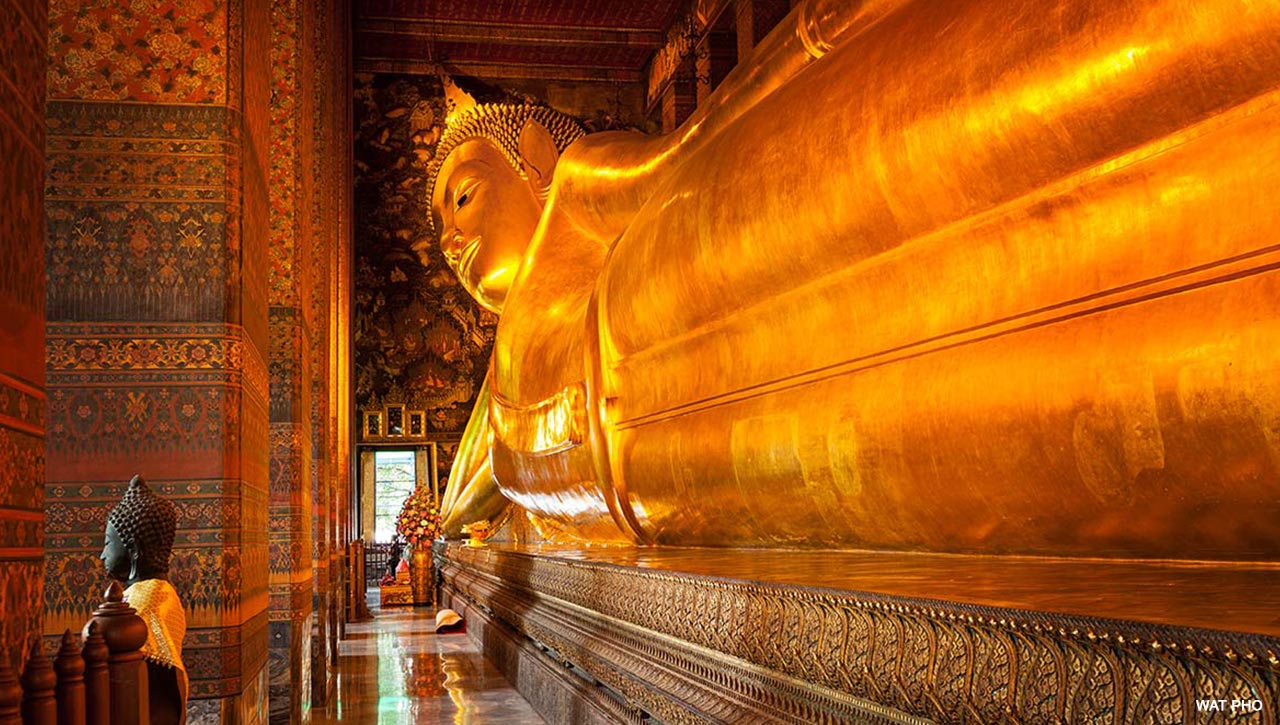 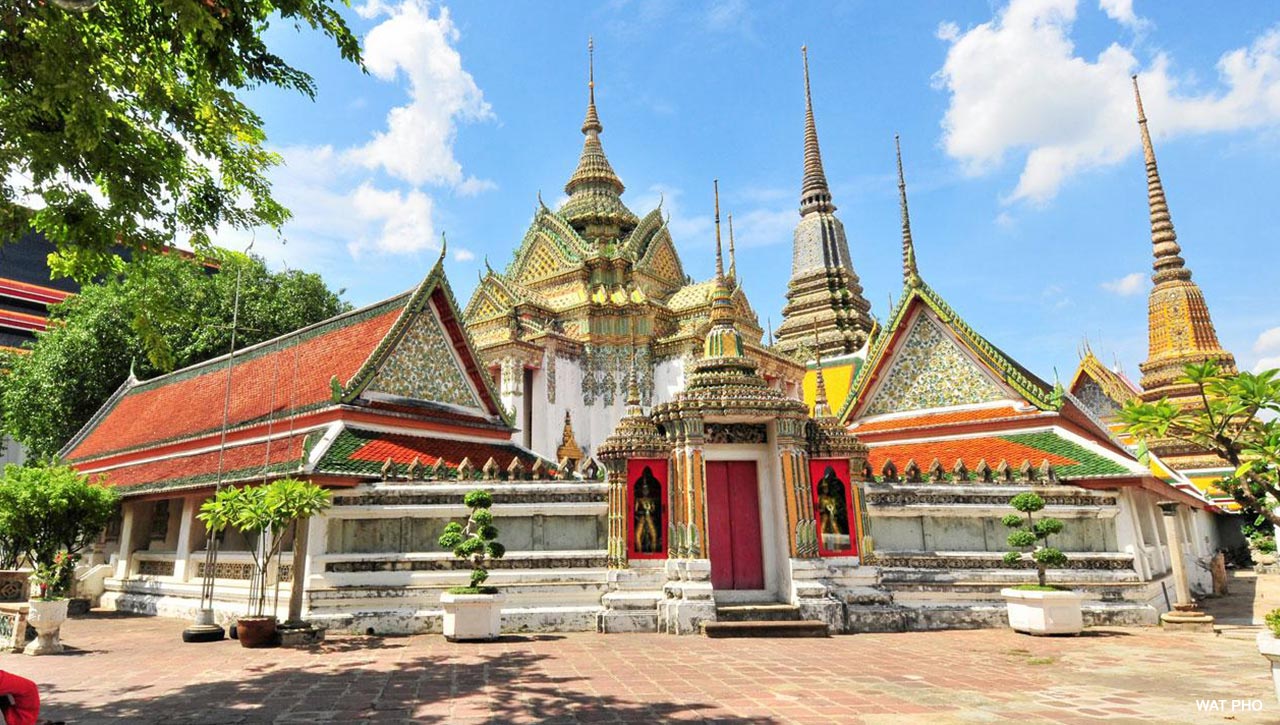 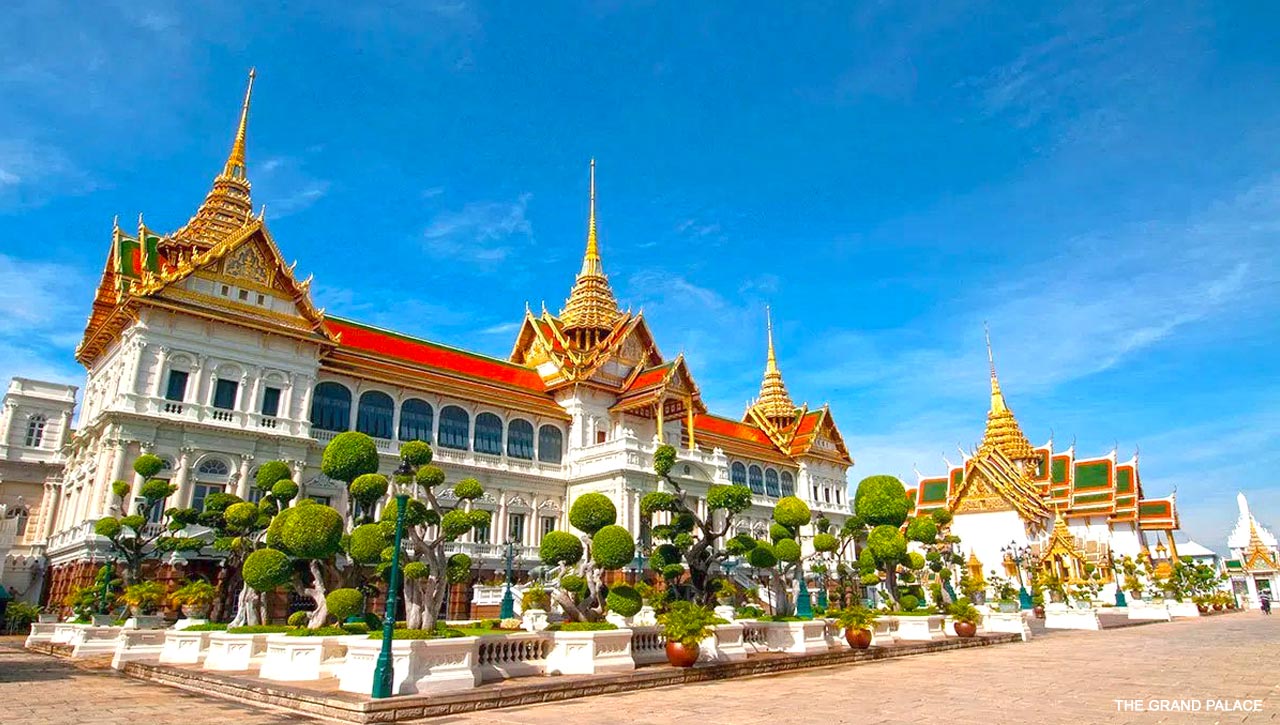 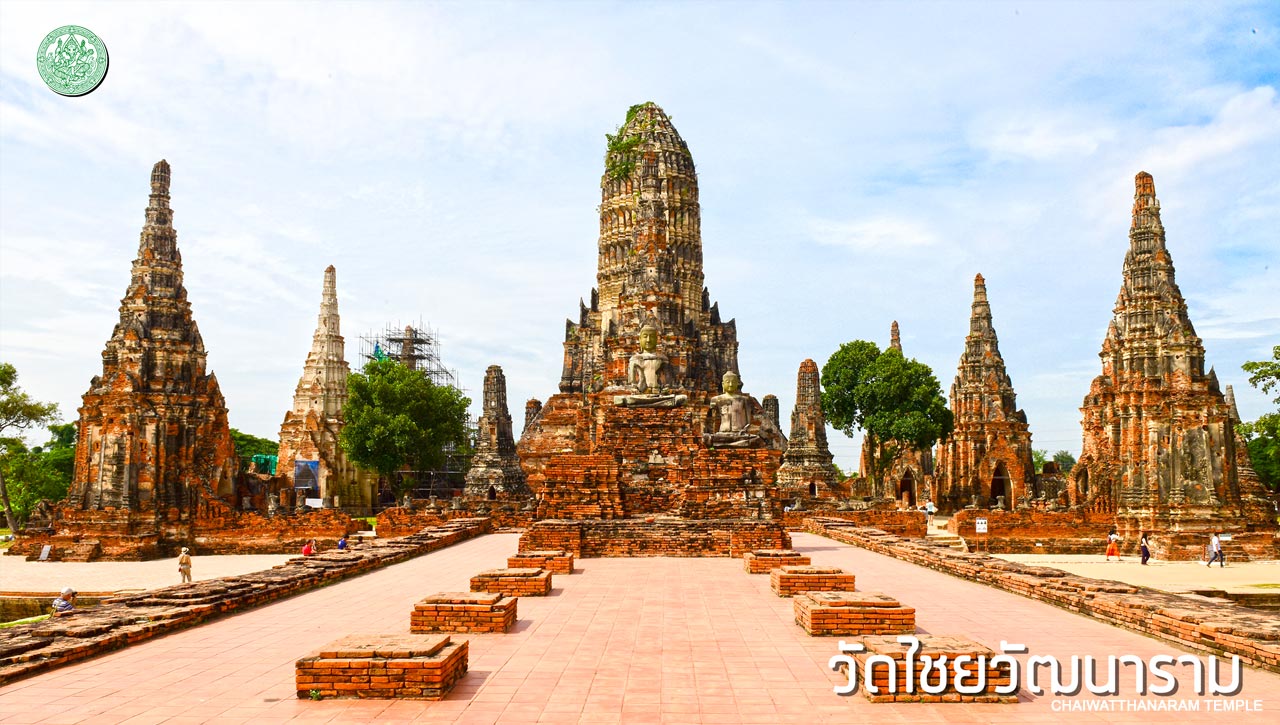 ROYAL ROAD THAILAND [8 DAYS & 7 NIGHTS]
In the ancient old days Thailand, a long journey for kings, warriors, or even peasants were tough and long but it retuned priceless scene and fresh view along the road side. We are offering you the same but now comfy and fast on our neat car. Enjoy a scene on a large and well-maintained highway that lies pass many attractions in Ayutthaya, Lopburi, Phitsanulok, Sukhothai and all the way to Chiangmai and Chiangrai, the most northern part of the country.

NOTE:
- All itineraries are subject to change due to circumstances beyond our control including, weather, road or trail conditions, tour attractions, tours, flight schedules and availability.

Arrive at Bangkok International Airport. Meet and greet with English-speaking guide. Then transfer to the hotel for check-in and give some more information about your trip.

08:00 Hrs. Pick up from hotel lobby and depart to Rattanakosin Island, the original area of Bangkok when it was first established as the capital over 200 years ago. Visit to Wat Trimit, known for its famous Golden Buddha. The beautiful image of solid gold is three meters high and weighs five and a half tons.

Visit to Wat Pho or Temple of the Reclining Buddha founded in the 16th century; the oldest and biggest temple with the largest number of pagodas (95 in all) in the city. It’s well known for its huge Reclining Buddha, 46 m. long and 15 m. high.

Visit to Wat Phra Kaew, the most beautiful and important Buddhist temple in Thailand. It is so richly and intricately decorated that, once entering the temple, you will feel as if you are in a real ’city of angels’. Continue to The Grand Palace, an area of 218,400 sq. meters and is surrounded by walls built in 1782. The length of the four walls is 1,900 meters. Within these walls are situated government offices and the Chapel Royal of the Emerald Buddha besides the royal residences.

Visit to Wat Arun (The Temple of Dawn) is an important landmark located on the west bank of the Chao Phraya River. The main shrine, decorated with glazed ornaments and ceramics, rises 67 meters towards the heavens.

Then transfer back to the hotel, free at leisure.

08:00 Hrs.  Pick up from hotel lobby and depart to Ayutthaya Town, (1½ hour’s drive) North of Bangkok. Visit to

Ayutthaya Historical Park covers the ruins of the old city of Ayutthaya, Thailand, which was founded in 1350 and was the capital of the country until its destruction by the Burmese army in 1767. The area well conserved as a historical park, has been included in UNESCO’s list of World Heritage since 13 December 1981.

Visit to Yai Chaimongkon Temple, features a large reclining Buddha in saffron robes in its own ruined wiharn, and, most spectacularly, a huge chedi swathed in golden cloth set in a courtyard which is lined by Buddha images all wearing saffron robes.

Visit to Maha That Temple, believe that was built before the Ayutthaya Period or around the 14th Century. One of the images which were excavated by the Fine Art Department was a Buddha Image in the Sitting Attitude. This image belonged to the Lopburi Period.

Visit to Phra Si Sanphet Temple, the most important temple within the Royal Palace compound and the original from which the Temple of the Emerald Buddha in Bangkok has been copied. Three outstanding Ceylonese style pagodas were built during the 15th century.

Lunch served at the local restaurant.

Depart to Lopburi Town (1½ hours drive) North of Ayutthaya. Visit to Phra Prang Sam Yot, best known landmark and provincial symbol. A former Hindu Shrine built in the 13th century in the classic Bayon style of Khmer architecture, The monument in the center of Lopburi town is perhaps best known for the large number of monkeys that run around free, constantly on the lookout for food.

Then transfer to the hotel for check in, free at leisure.

08:00 Hrs. Pick up from hotel lobby and depart to Sukhothai Historical Park; the first truly independent Thai Kingdom, visit the ruins of the Royal Palaces, Buddhist temples, the city gates, walls, moats, ponds and canals which was the magical and spiritual center of the Kingdom are now preserved and restored by the Fine Arts Department with the cooperation of UNESCO’s list of World Heritage since 12 December 1991.

Depart to Chiang Rai Town, by mountain road along picturesque scenic routes passes the several beautiful northern mountains and valleys. On the way visit to Phayao Town where Kwan Phayao; an extensive fresh-water lake which is the largest fresh-water fish habitat in the upper North which provides the livelihood of many of the local people

Then transfer to the hotel for check in, free at leisure.

08:00 Hrs. Pick up from hotel lobby and depart to visit the Long Neck Tribe Village; the woman wears several brass rings around their long, slender necks. A woman generally has about twenty or more rings around her neck. They are originated from Shan state, The Union of Myanmar

Then visit Mae Sai Town, the Thailand-Myanmar border and the northernmost point of Thailand. Enjoy shopping Myanmar products at the local market.

Depart to Chiang Saen Town, which ancient city originated around 1328; visit the multitude of sites including ancient ruins of temples, stupas, and ancient city wall and moat. Then transfer back to the hotel

08:00 Hrs. Pick up from hotel lobby and visit to White Temple (Rong Khun Temple); designed by the famous national artist. The main temple building is a distinctive white color, decorated with fragments of reflective glass which can be seen from afar. Depart to Chiang Mai (03 hours drive) by road along picturesque scenic routes passes the several beautiful northern mountains.

Arrive to Chiang Mai, visit to Chiang Mai Handicrafts Center. Learn and see the local people making handicraft including Hand-woven Textiles by Silk, Silverware, and Umbrellas or paper parasols which are hand-painted in a variety designs. The artisans produce an extraordinary range of quality products, which are invariably the first choice among shoppers. This tour shows you how Chiang Mai craftsmen produce their crafts by hand from the first stage until finish, and gives you an idea that Chiang Mai is the major center for quality handicrafts in Thailand.

Then transfer to the hotel for check in and free at leisure.

08:00 Hrs. Pick up from hotel lobby and depart to Maesa Elephant Camp; home to one of the largest assembly of elephants in the north of Thailand.  Watch the elephants enjoy complete freedom of movement, no longer chained; they can roam wherever they choose in the sanctuary.  The mahouts do not ride the elephants, nor do they use the hook for control.  New dust and mud bath areas have been created, and the elephants can spend time cooling off in the stream. Experiences with their daily basis activities and enjoy feeding, touching, playing, and photograph with elephants.

Lunch served at the local restaurant.

Continue to Proceed to Phrathat Doi Suthep Temple, one of northern Thailand's most sacred temples built in the year 1383. It is located 1,050 meters above sea level. See the marvelous golden chedi, which is containing the holy relics of Lord Buddha. Enjoy the panoramic view of Chiang Mai City and Ping valley from the summit of Suthep Mountain.

Then transfer back to the hotel.

2. WHAT IS PACKAGE TOURS?

Ans. Package Tours are travel plans, which include some or all of the following : transportation, accommodations, meals, tour guides and more. They can be of great value to both independent and group travelers.

3. HOW DO I RESERVE MY TOURS WITH “ASIAN PLUS TRAVEL”?

Ans. Just complete and send the reservation form on our website, making sure that you have given us your e-mail address and phone number. As soon as we receive your request we will contact you to confirm the reservation. It is our policy to reply to all requests within 24 hours.

Ans. We have several payment methods. We try to make everything as easy as possible.

5. CAN YOU OFFER US SOME DISCOUNT?

6. YOUR PRICES ARE ALL INCLUDED? ANY OTHER HIDDEN CHARGE?

Ans. Our service already include admission fee, guide & driver and all taxes. We will NEVER charge you a service charge or other hidden charge. However, some tickets for the optional program are not included.

Ans. If you have any technical or travel related problems or questions, please contact us by sending a request through the query form, live chat or email: contact@asianplustravel.com. We will be on standby and ready to serve you.

9. HOW DIFFERENCE BETWEEN “PRIVATE TOUR” AND “GROUP TOUR” SERVICE?

Ans. PRIVATE TOUR : A private tour is run exclusively just for you, your own families or friends with no other strangers. You can start the tour on any date or time at your convenience. It is ideal for people who need special assistance, such as the elderly, people with disabilities or families with small children.

GROUP TOUR : Group Tour often referred to as seat-in-coach or SIC are best for those who are eager to see the most popular sights at a comparatively low price. However, the Group Tour has fixed departure dates, time and itineraries that cannot be changed. By the way, its a good chance for you to meet and make new acquaintances from all over the world. VIEW
Book This Tour
HOW TO BOOK WITH US
01
FIND YOUR FAVORITE
TRIP ON OUR WEBSITE.SEND US AN INQUIRY.
02
PERSONALIZE THE TRIP
TO YOUR INTERESTS.WITH OUR CONSULTANT.
03
CONFIRM & PAY
YOU CAN THEN CONFIRM AND PAY ONLINE VERY EASY!
Just tell us what you want to do and Where you want to go and we will do the rest!